Overview of Fokker Eindecker Fighters:
The Fokker Eindecker fighters were a series of German World War I monoplane single-seat fighter aircraft designed by Dutch engineer Anthony Fokker.Developed in April 1915, the first Eindecker ("Monoplane") was the first purpose-built German fighter aircraft and the first aircraft to be fitted with a synchronization gear, enabling the pilot to fire a machine gun through the arc of the propeller without striking the blades.The Eindecker gave the German Air Service a degree of air superiority from July 1915 until early 1916. This period, during which Allied aviators regarded their poorly armed aircraft as "Fokker Fodder", became known as the "Fokker Scourge".

Features:
Exercise manipulative ability,enjoy the fun of assembly.
Static model, can be used as desktop ornaments and decorations. 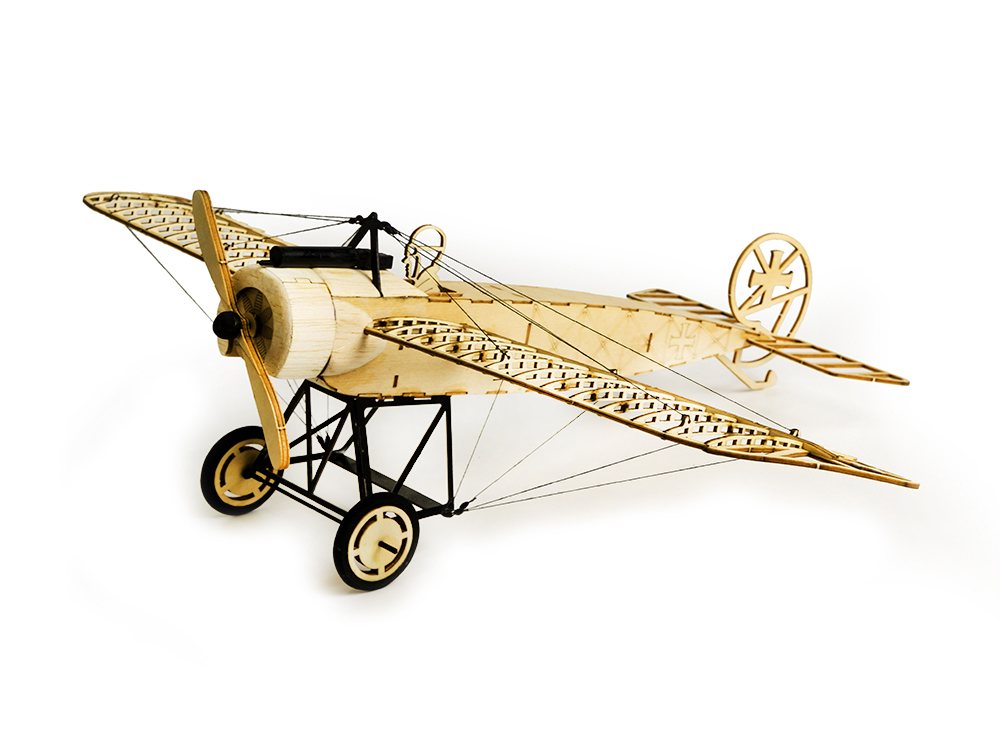 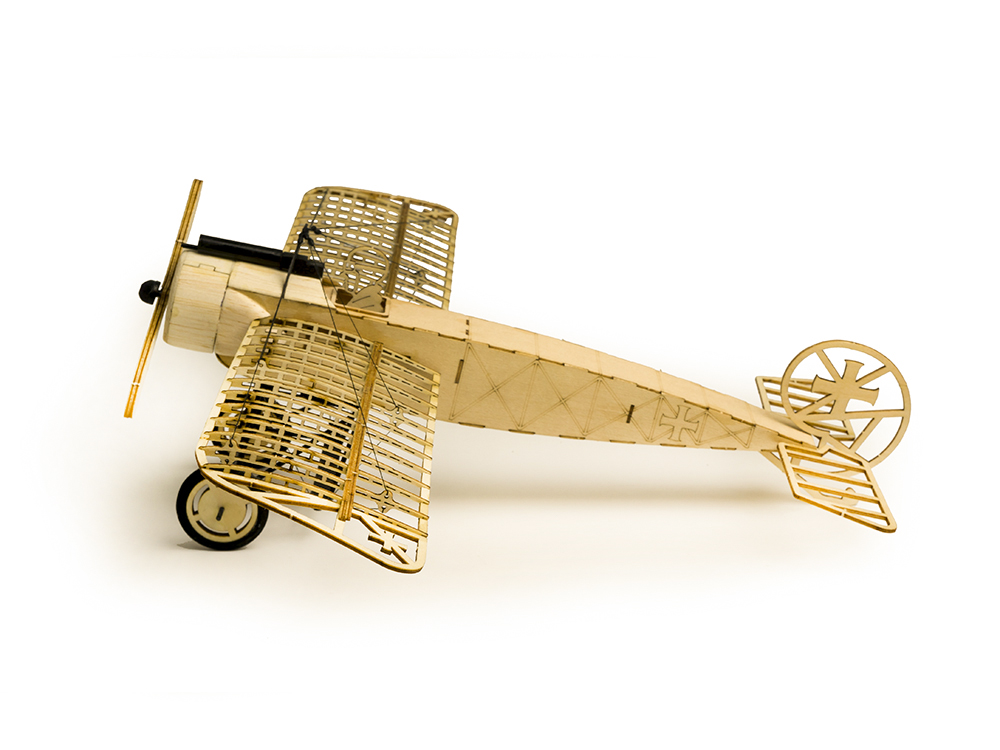