The Piper J-3 Cub is an American light aircraft that was built between 1937 and 1947 by Piper Aircraft. The aircraft has a simple, lightweight design which gives it good low-speed handling properties and short-field performance. The Cub is one of the best known light aircraft of all time. Its simplicity, affordability and popularity — as well as large production numbers with nearly 20,000 built in the United States — invokes comparisons to the Ford Model T automobile.
The aircraft is a high-wing, strut-braced monoplane with a large-area rectangular wing. It is powered by an air-cooled piston engine driving a fixed-pitch propeller. Its fuselage is a welded steel frame covered in fabric, seating two people in tandem.
The Cub was originally intended as a trainer and had great popularity in this role and as a general aviation aircraft. Due to its performance, it was well suited for a variety of military uses such as reconnaissance, liaison and ground control. It was produced in large numbers during World War II as the L-4 Grasshopper. Many Cubs are still flying today. Notably, Cubs are highly prized as bush aircraft.
The aircraft's standard chrome yellow paint has come to be known as "Cub Yellow" or "Lock Haven Yellow".

Note:
The KIT verison doesn't include any electronic device.
The KIT with motor version comes with the 8520 coreless motor and a propeller.
Please select the version you prefer. 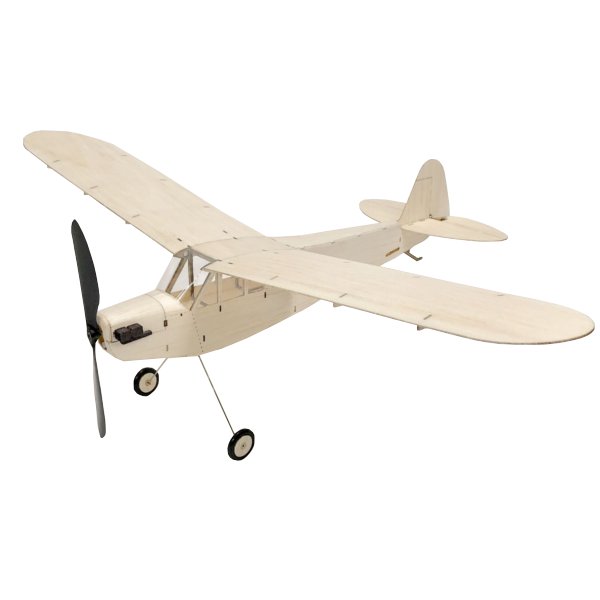 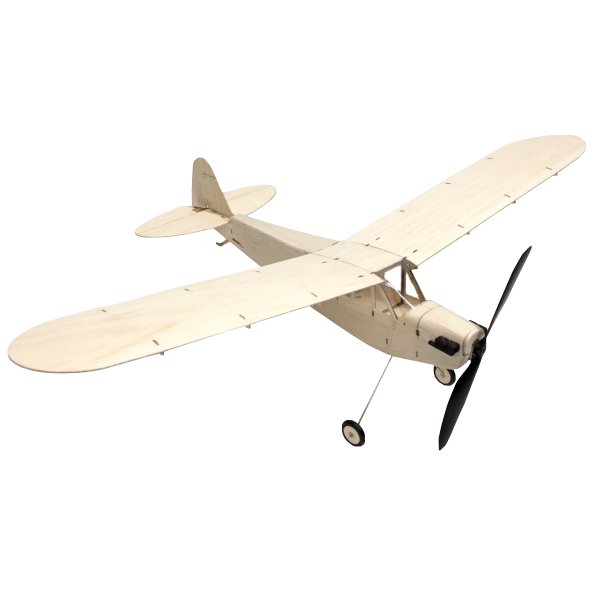 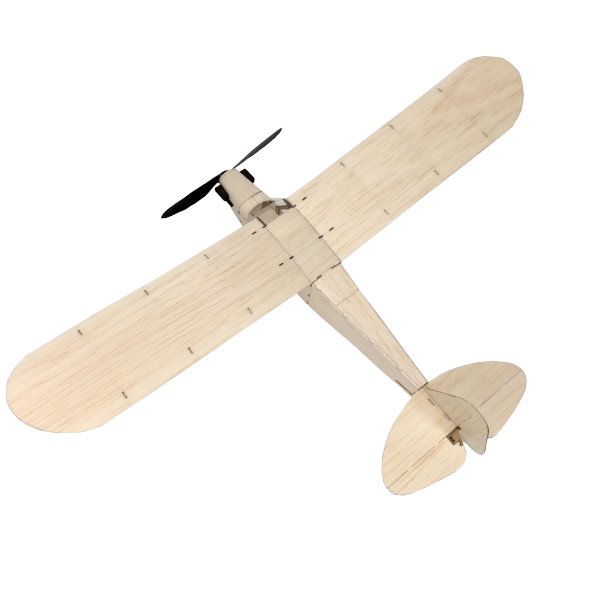 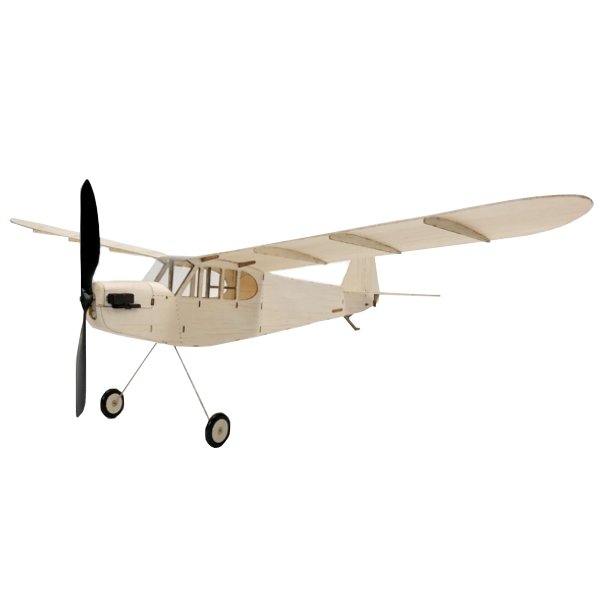 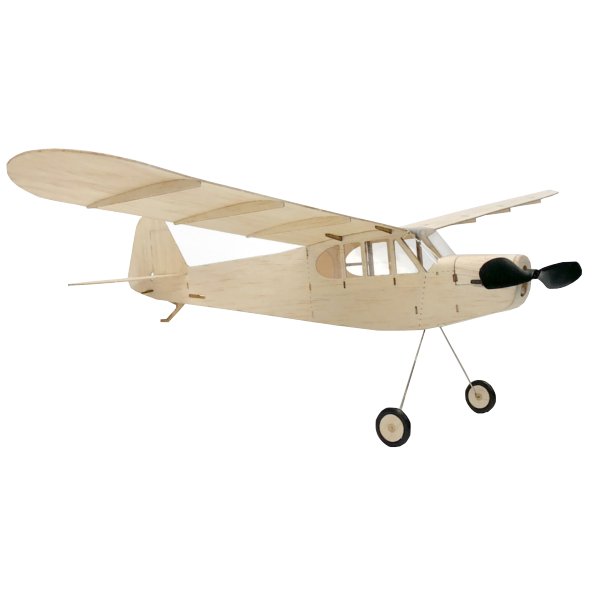 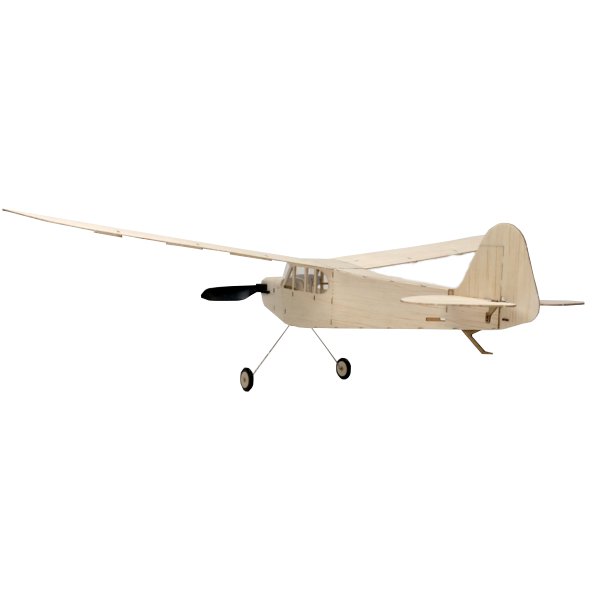